Origami Surprise from the Tooth Fairy

My oldest daughter recently lost her very last tooth!  Parents seem to think more about milestones when babies are new and the milestones are frequent. As our babies grow up though, the milestones are just as frequent, but our lives don’t revolve around every new word as their vocabulary grows. We don’t seem to notice just how much they are still growing because they talk (a lot), and we don’t have to change out their wardrobe every three months. But losing the last tooth! That is one we have been waiting for! She will be getting her full set of braces soon as we were just waiting on that last pesky tooth to get out of the way!  She was quite excited about this milestone (and the tooth fairy was quite busy keeping up with her responsibilities delaying this final dental payday by about a week), so it had to be special. Yes, it was a $20 bill instead of the typical $2, but the most fun was creating an extra surprise by turning the $20 into… 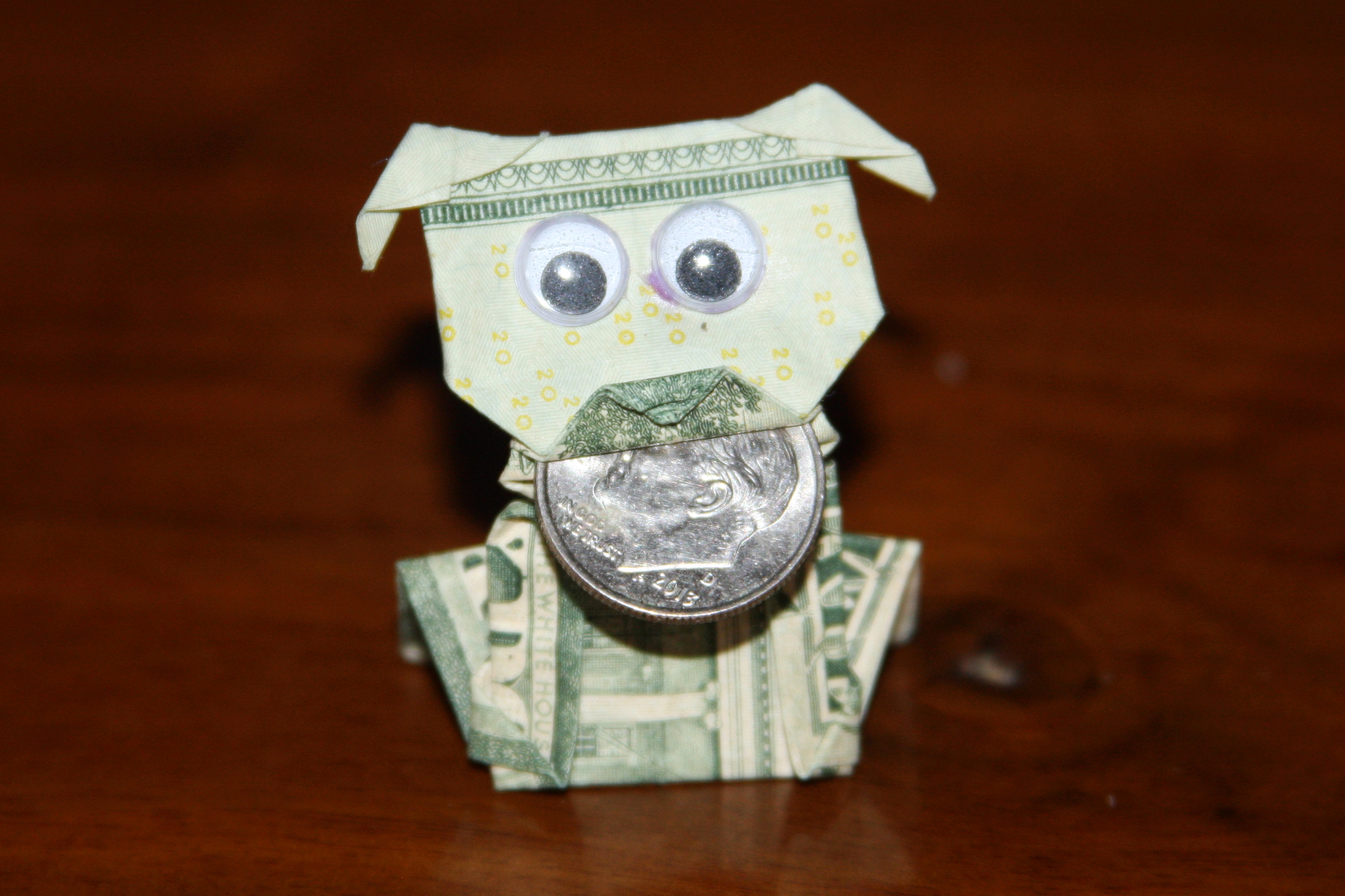 Follow the YouTube video below to find out how to surprise a little one who has lost a tooth or a fun way to give a monetary gift!  (Note: in the video a $1 bill is used and is folded in such a way that the bill provides the puppies eyes.  The design on a $20 is different so the tooth fairy used repositionable adhesive to stick googly eyes on the $20 version.)

…and the Tooth Fairy!