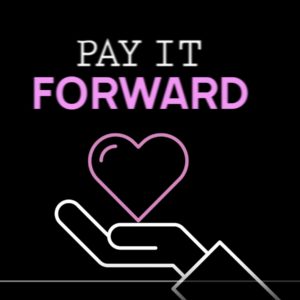 Last Friday, October 5th was World Smile Day. According to worldsmileday.com, the idea for this day came from Harvey Ball, a commercial artist from Worcester, Massachusetts. He created the smiley face in 1963, but later became concerned about the over-commercialization of his symbol. He felt its original meaning and intent had become lost in its constant use. Mr. Ball thought we should devote at least one day each year to smiles and acts of kindness throughout the world.

Since I know our team goes around spreading smiles on a daily basis, I thought it would be fun to ask them what they have done in the past week. One person painted the nursery at church, as it was being converted into a meeting room for youth group. Another left extra money at a local donut shop to pay for a few customers’ coffee and donuts. After hearing how many books have to be thrown away each month at Children’s Mercy Hospital due to the risk of spreading germs, one person bought books through the Hospital’s wish list on Amazon and had them delivered there. Someone cooked meals for sick family members, and another grilled for a local Homecoming event. No one did these things for the glory or recognition, so it seemed odd at first to talk about them. However, I think it’s important to share, because it gets others motivated to do the same thing. Spread kindness, spread joy- it’s contagious!

In honor of the day, our Graphic Designers decided to spread some kindness through an After Effects exercise. Each person animated a phrase individually, and then watched it come together. Powerful words that sum up World Smile Day perfectly.